If you follow me on Instagram, you may have seen that last week, I went down to Falkner Square in the Georgian Quarter of Liverpool with the aim of taking some photos, having come across the square while rushing to a flat viewing a few months prior. What I didn’t expect to find, however, was that the square was being set up for the filming of ITV’s Victoria!

They weren’t filming on the day I wanted to take photos, which sort of worked out for the best for me, because it meant I still got some good, non-Victoria-set shots. But we found out that they would be filming on Monday and Tuesday just gone! We didn’t end up seeing any of the shoots on Monday, when Jenna Coleman was there, because we’d already decided to visit Formby Beach, so on Tuesday we toddled off down to see what was happening. ‘Toddled’ being the appropriate word for me, because I had very sunburned feet from the beach and my shoes were still full of sand.

I wasn’t really sure what I was expecting, but what we found did not disappoint. Lots of extras in Victorian dress, an abundance of beautiful horses, and Prince Albert himself, Tom Hughes!

The first scene we saw being shot involved what looked like a war scene… We spent a while trying to guess what it could have been, but we saw a few takes of Tom Hughes and a soldier having a chat while the others bustled around them. 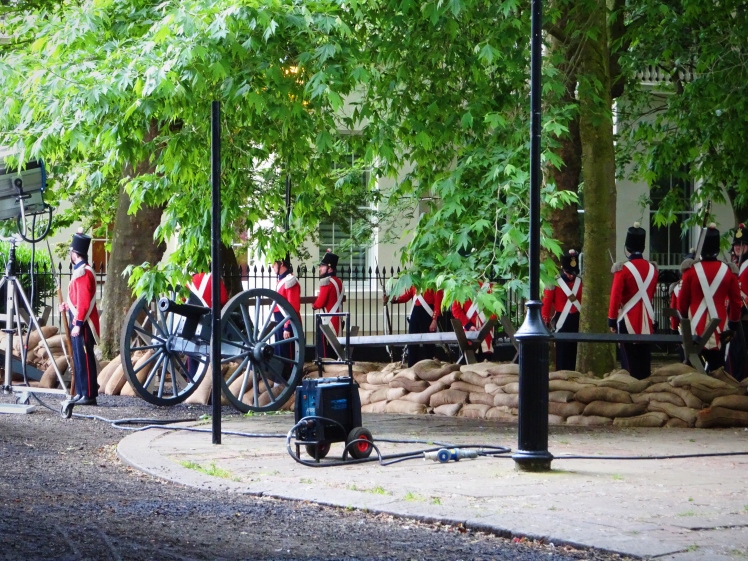 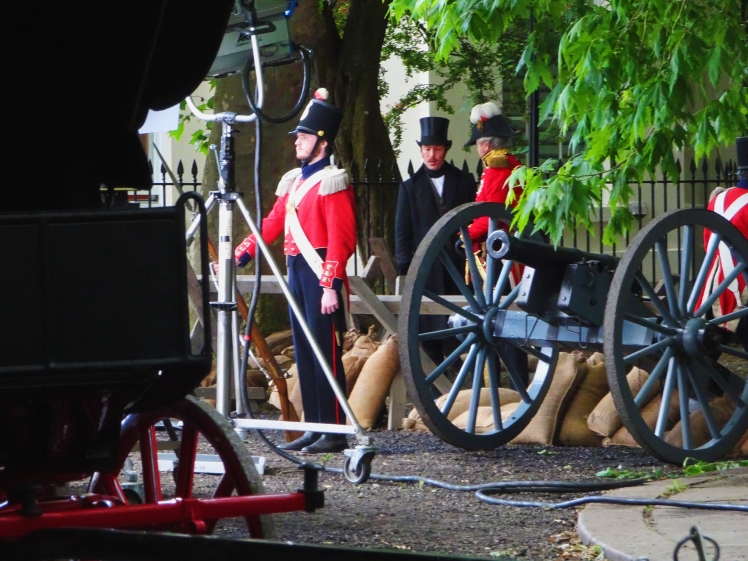 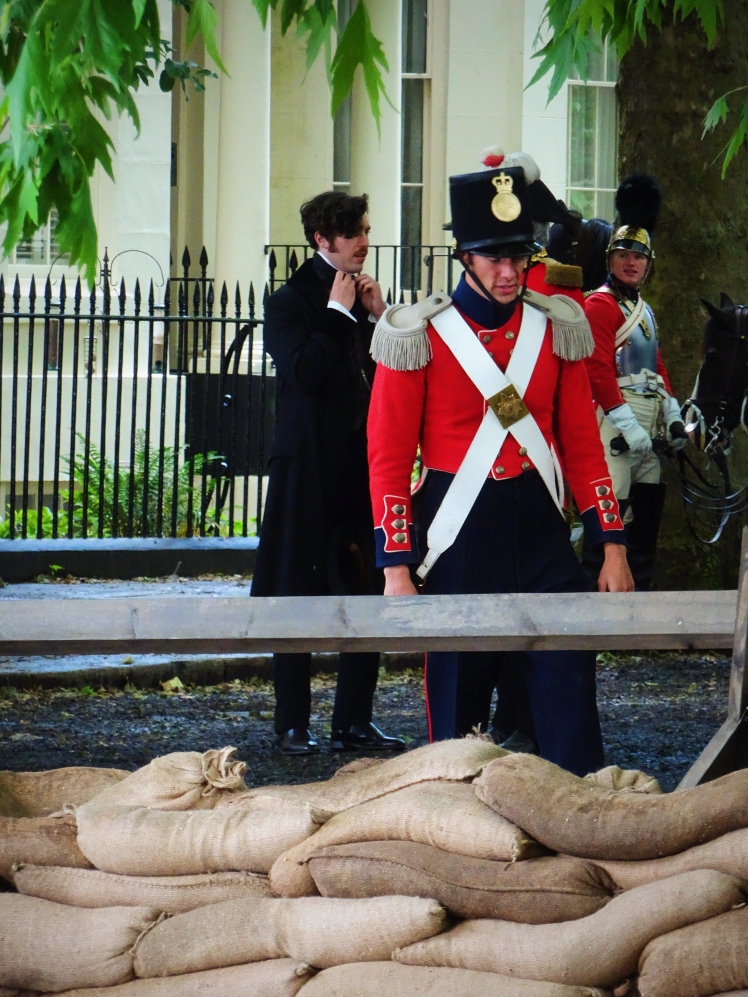 As someone who one day would really love to work on sets like this, it was fascinating to me to watch what happened between shoots. As soon as they’d finished with that first scene, everyone behind the cameras jumped into action to prepare for the next. A fire engine had been parked nearby, and it moved up so they could use the hose to make the roads, which had been packed with a muddy-looking substance over the usual tarmac, look like it had been raining (something that surprisingly hadn’t happened in about a week).

A woman was busy telling all the extras where to stand, what to do, and when to do it. Horse-drawn carriages which had been parked up and down the roads started moving into place. Camera equipment was shimmied around. Tom Hughes stood in a doorway having a chat. 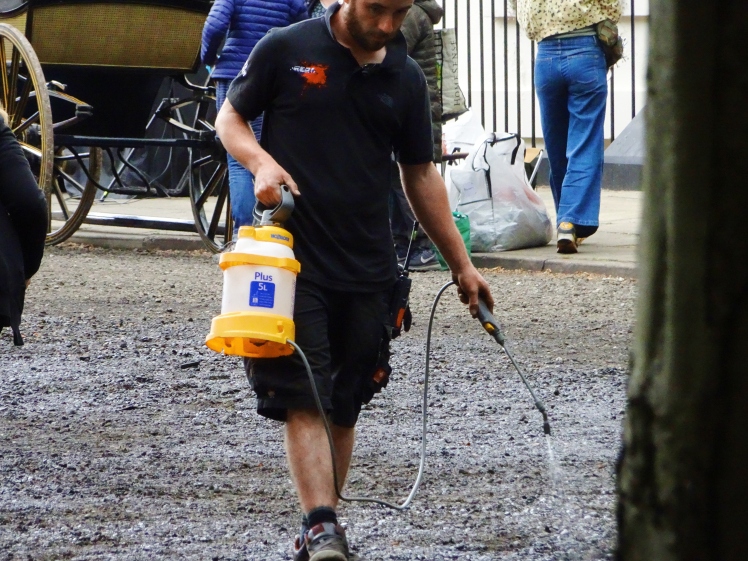 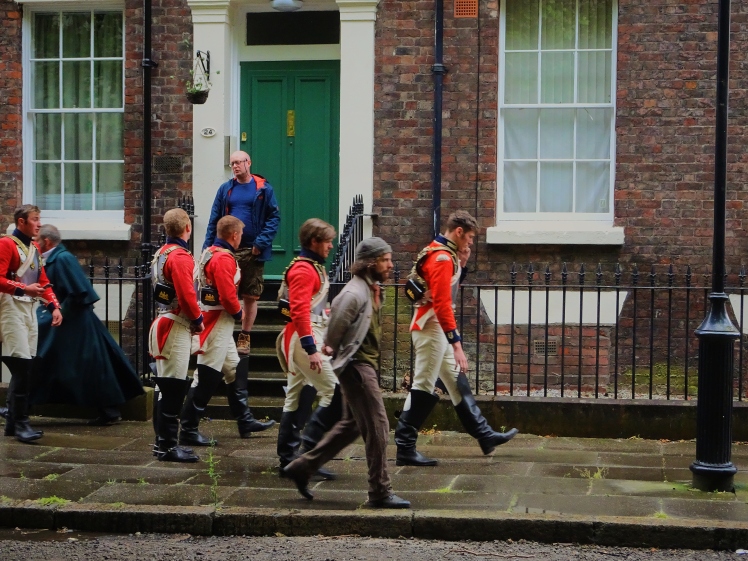 It was amazing to see the landscape transform before our eyes, that’s for sure. And seeing carriages and people in Victorian dress standing next to huge light boxes and a modern fire engine was a bit of a trip! 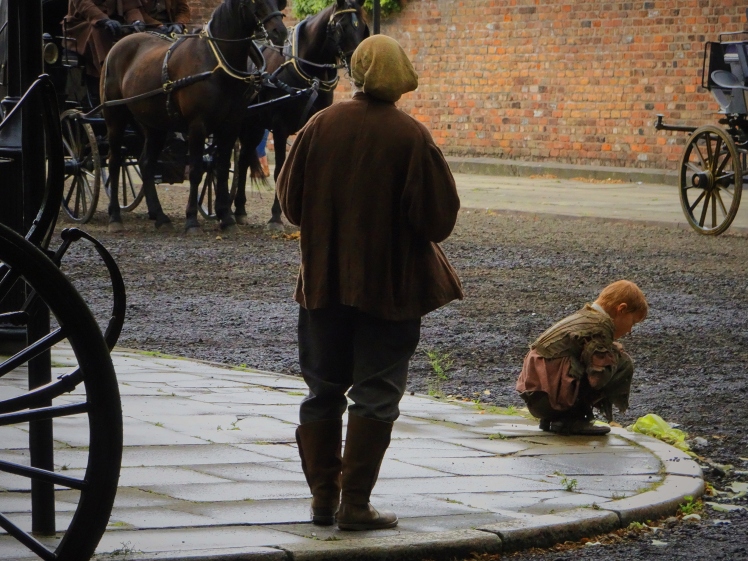 They took a few shots of some carriages driving by each other, the extras bustling along on the pavements. It was fun watching the horses – I don’t know about you, but I’ve always loved them.

After the street shoots, everything died down pretty quick – we assume for a lunch break, because we wandered down the street to find a string of people in Victorian dress queuing outside a building where everyone was coming out with cake. (It looked like good cake.) But we did notice Tom Hughes run over to the kid crouched in the photo above to give him a high five before everyone went off for food, which was just really cute.

When the filming looked like it had finished, we got the opportunity to walk across the set for a bit – I mean, nobody told us we could, but nobody stopped us either… We were just curious! But it was pretty cool.

This is one thing I love about living in a city like this, especially because a lot of filming happens in Liverpool because it can easily be made to look like both London and New York. James Corden and Paul McCartney were actually wandering around together the other day in the city centre and by Smithdown, filming Carpool Karaoke!

One thought on “Stumbling onto the Set of ITV’s Victoria!”

Leave a comment! I read them all :) Cancel reply